Whether it's comic books, novels, or art, these are the women who are creating content that connects with the deeper, darker side of all of us. Apex reveals sneak-peek art and information about upcoming releases Atomic Age and Split City. Captain Action: Adventures in Animation and Fan Art Contest Captain Action, the first superhero action figure, celebrates collecting, customization, and entrepreneurial passion with a behind-the-scenes-look at animation development, announcing new publishing efforts, and the all-ages animation, with CAKE as their international distributor.

ComiXolgy Originals: Creator-Owned Comics and Beyond Join comiXology's head of content Chip Mosher and a surprise cast of beloved comic creators and rising-star talent to get the scoop on an all-new, yet-to-be-announced comiXology Originals series direct from the creators making it! They'll wow the crowd with stories on the process of bringing creator-owned comics to life and what it's like pushing the envelope with digital comics, and beyond.

Have you wondered how to make comics all while holding down a 9-to-5 job? Learn how to create your own comics network and community and how to push each other to hit deadlines, reach goals, and publish your comics work.


And more than that, they'll discuss how the business of Hollywood works—the dos and don'ts of it all. Most important, they'll discuss taking an idea and shaping it into a coherent story and screenplay, ready to shoot! Moderated by Andy Schmidt Guardians of the Galaxy. Focusing on pop culture and hilarious award-winning films, this screening allows the viewer to see the next generation of Hollywood superstars before anyone else.

Meet Spike in person. Recommended ages 10 and up. The Movie: Week The co-hosts of the popular Electric Surge podcast, The Movie, will curate an all-new fantasy theme week devoted to the films of Will the Dark Knight dance in the pale moonlight of Monday, or will Indiana Jones throw his hat into the ring? Find out this and more as Mark A. Hey, wait a second. Don't miss out on this history-making Teenage Mutant Ninja Turtles panel as three generations of TMNT creators take the stage to celebrate the history, fandom, and success of the Heroes in a Half Shell!

These award-winning creators will answer fan questions, share audience giveaways, and unveil never-before-seen, original TMNT art. Moderated by Mike Cecchini Den of Geek. Are you already in the business and need help with figuring out how to budget between paid contracts, deal with taxes, or determine the best way to raise and save cash for future projects? Perhaps you just want to be a financial superhero for yourself and your family and invest in your future. Sean Nisil certified financial planner and Karen Martin The Princess Project will present an entertaining and educational panel on superhero financial planning and best practices for artists, writers, industry professionals, and all others interested.

Go Go Power Rangers! How do we as a community harness this moment? What sort of possibilities does this bring? Come for this insightful conversation on the new frontiers that are rapidly opening up for our community.

Panelists will discuss the mission of the group and how they play a role in future talents. Stumptown Based on the Stumptown graphic novel, ABC's new drama series follows Dex Parios Cobie Smulders , a strong, assertive, and sharp-witted Army veteran with a complicated love life, a gambling debt, and a brother to take care of in Portland, Oregon. Her military intelligence skills make her a great P. Moderated by Geoff Boucher Deadline. Real Men This documentary traces the development of the Tough Guy from the beginnings of Bogart to the role models of today while offering a new critical assessment of macho cinema.

The film is a stunning reexamination of how manhood works for the big screen and its influence on men around the world. Take a look behind the scenes of some of the most controversial and important developments in comics over the past four decades. Higher, Further, Faster. Are We There Yet?

Female superheroes are finally getting their due on screen and reigning at the box office. Star Wars now centers on a female Jedi, Black Panther brought a dynamic array of female characters to the MCU, and there is the first female Doctor since the character's debut.

Online commentary from sites like SYFYFangrrls, fangirl-run podcasts, and events like GeekGirlCon continue to successfully challenge the notion that fandom is a male-dominated space. So why are women still having to prove themselves as consumers and community members, as well as pop culture enthusiasts and producers? Join Jennifer K. Lee Not Your Sidekick ; Not Your Villain as they punch holes in the sky for a dynamic, inquisitive, compassionate, community-building discussion exploring how far they've come culturally as female fans, struggles they still face as cultural critics and culture makers—and ways for us all to go higher, further, and much much faster.

Horror Times Two: Critters Attack! Home Entertainment brings a double dip of upcoming horror films in Critters Attack! Inspired by the film series from the '80s and '90s, Critters Attack! Struggling to entertain the professor's children along with her own little brother, Drea takes them on a hike, unaware that mysterious alien critters have crash-landed and started devouring every living thing they encounter.

Dee Wallace E. In the horror thriller, a boy named Harley and his family go to a taping of The Banana Splits TV show, which is supposed to be a fun-filled birthday for young Harley. But things take an unexpected turn—and the body count quickly rises. Can Harley, his mom, and their new pals safely escape? Critters Attack! The Art of Ghibli Have you ever thought about what goes on behind the scenes of the anime films and television series we all know and love?

Would you like to learn the trade secrets and day-to-day job profiles of one of Japan's most lucrative industries? Well here's your chance to find out with anime industry insider Kihara Hirokatsu. Kihara will talk about his time working on some of the most iconic anime films of all time.

Attendees will also have a chance to glimpse some incredibly rare pieces of animation history! Nowadays he writes ghost stories and MCs at monster conventions. 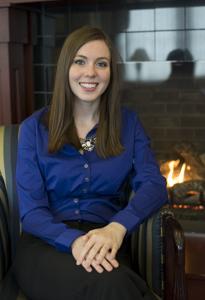 His most famous work is Tales of Terror: Haunted Apartment, which has been a crucial contributor to many other hits in this genre. The Super-Awesome Pro Writers AMA Smackdown This panel of pro writers are ready and willing to answer almost any questions you have about what it takes to earn a living as a writer in the 21st century. Trying to break in as a screenwriter? Animation writer?

Video game writer? Comic book scribe? Maybe you're dreaming about publishing that first novel, but you're not sure which way to go. Is it better to take the indie route? Aim for the traditional New York path? Will you need an agent? What about book marketing?

How do you build a writer brand?